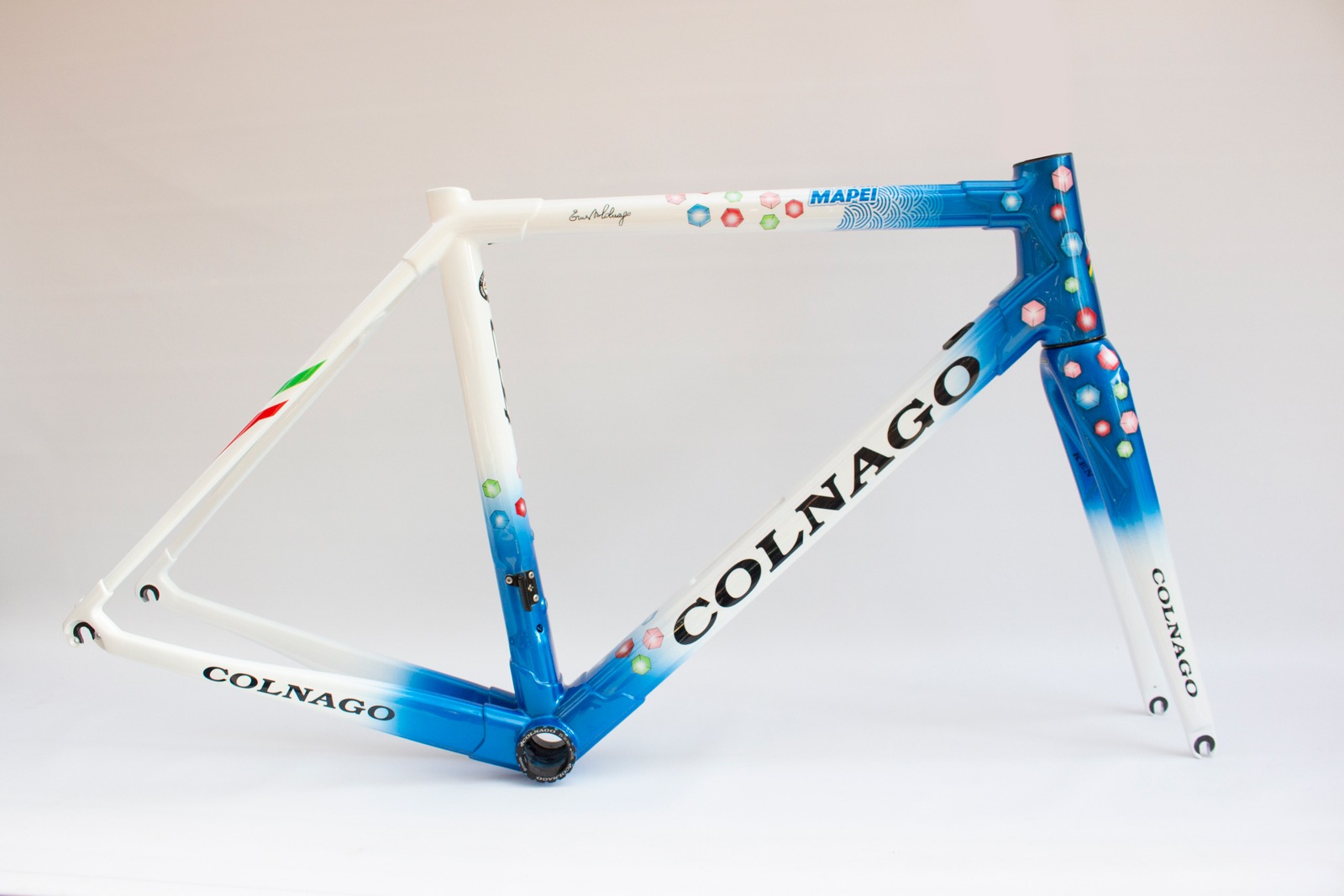 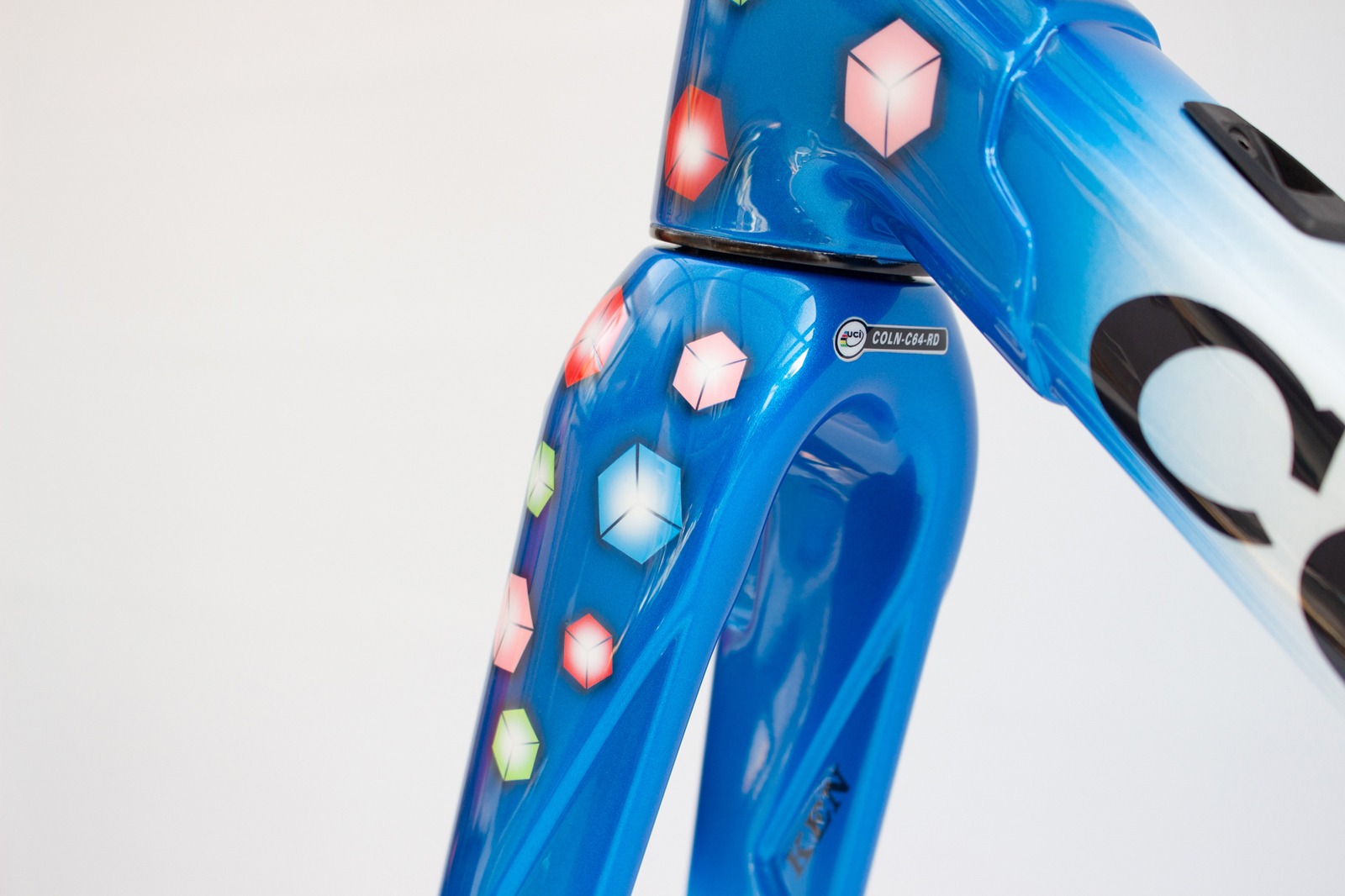 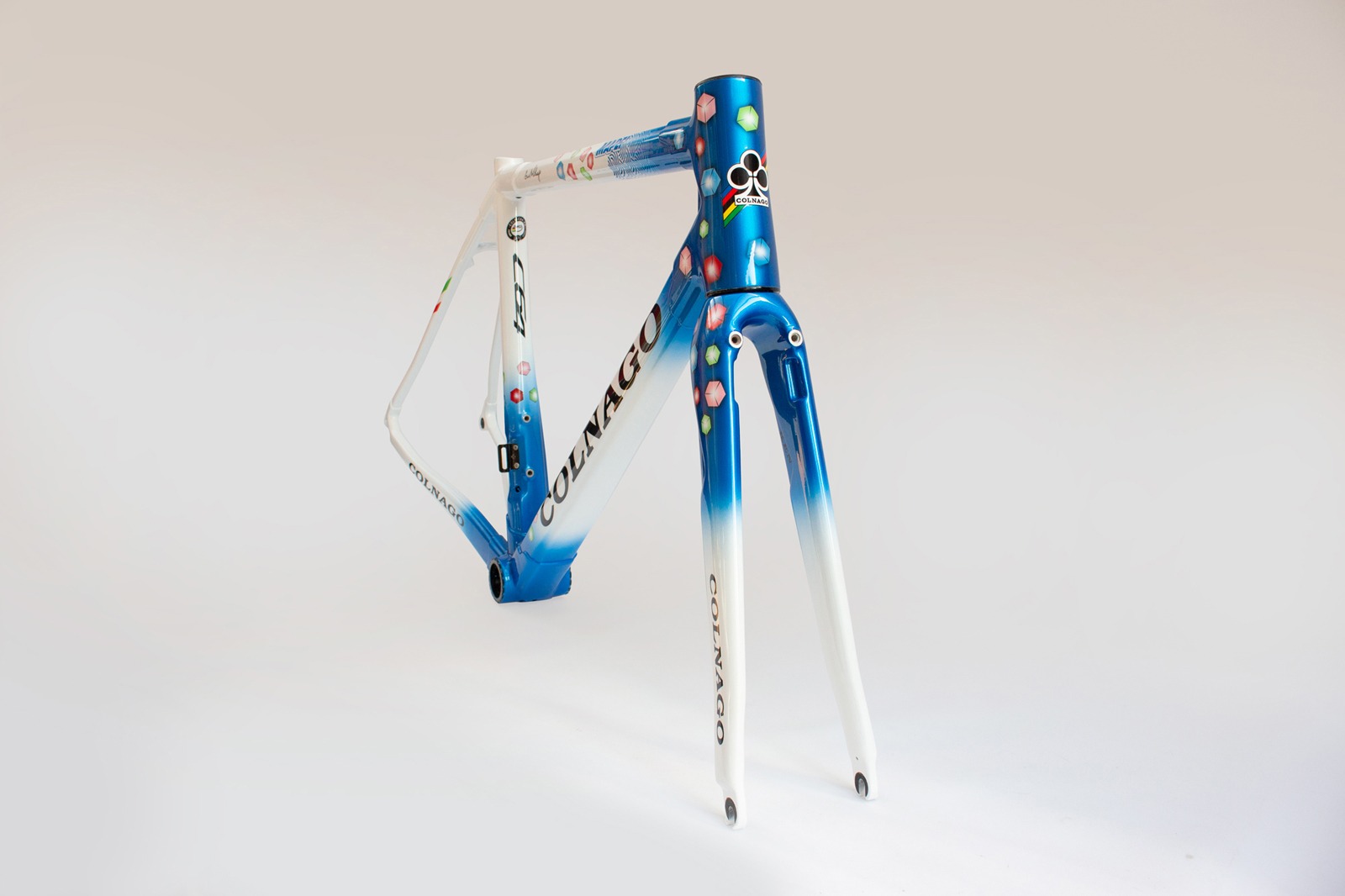 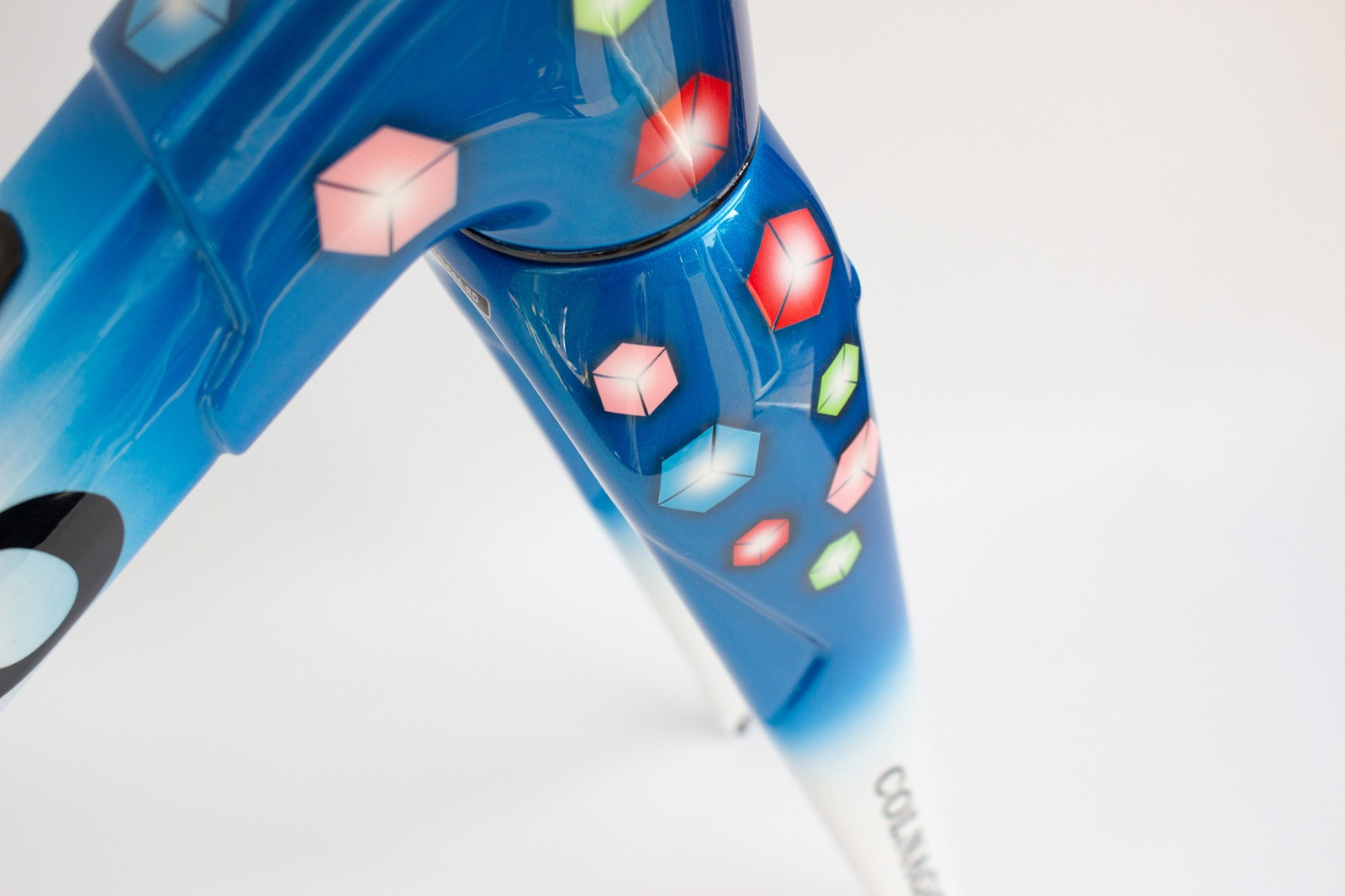 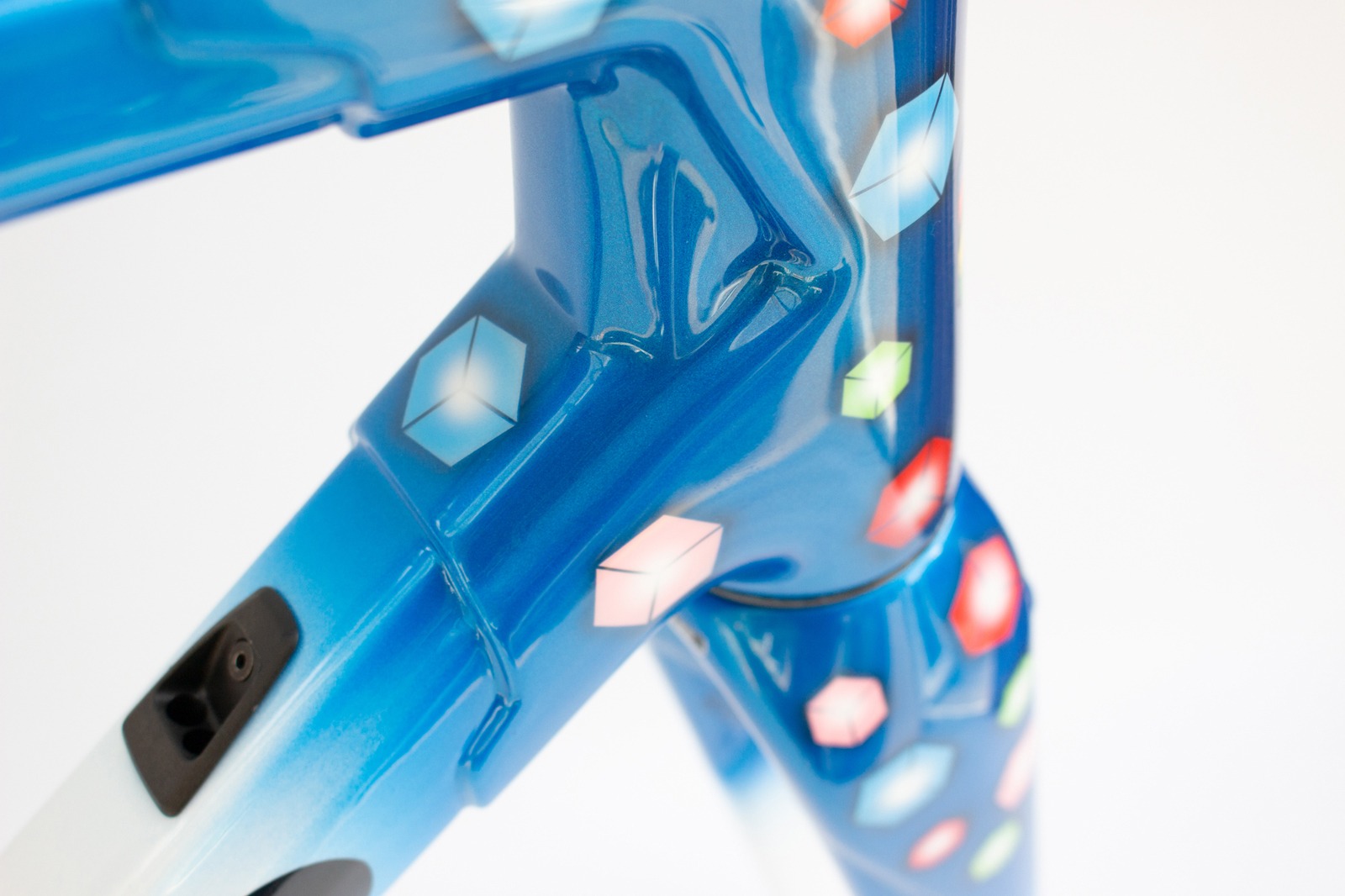 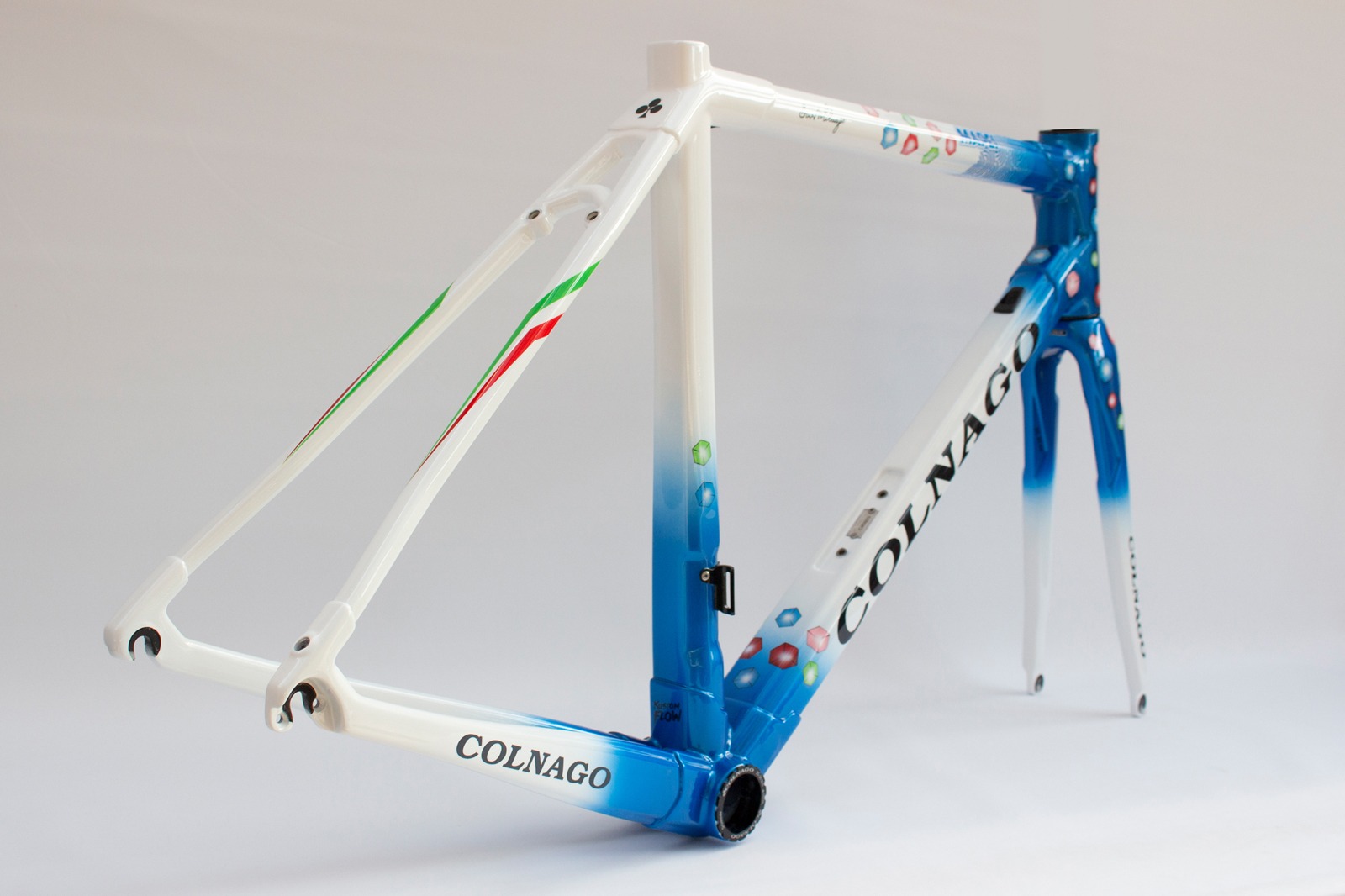 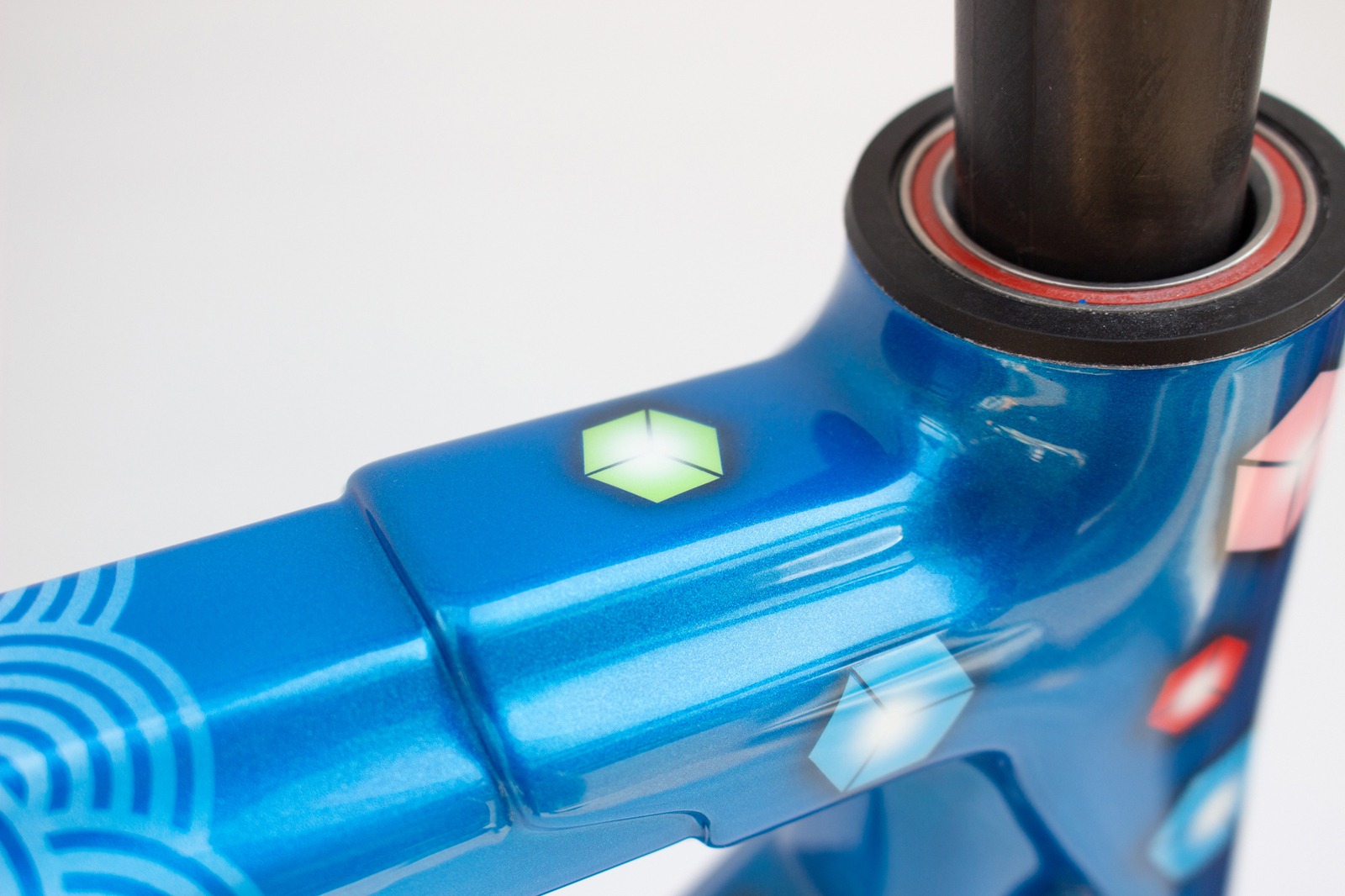 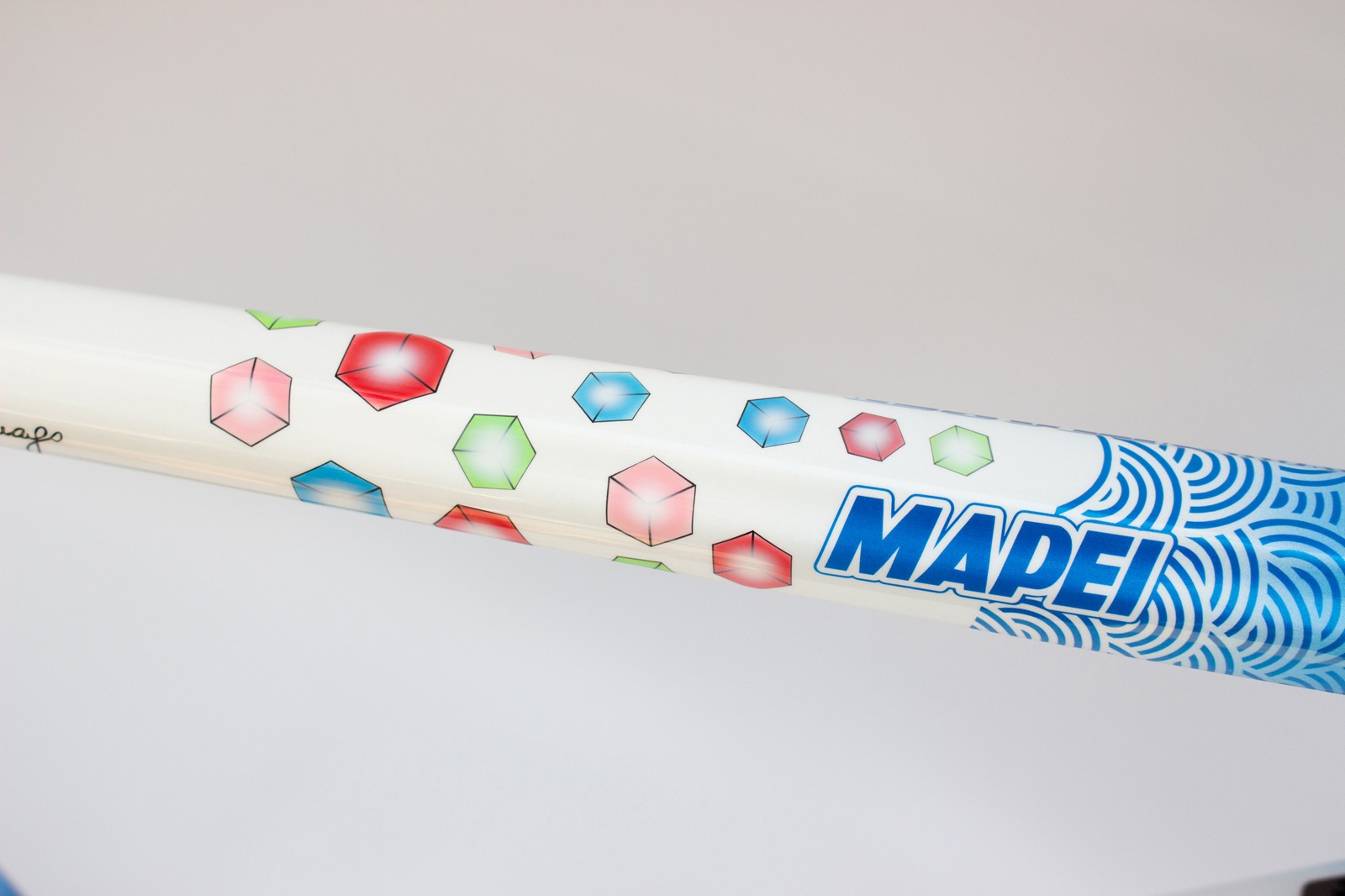 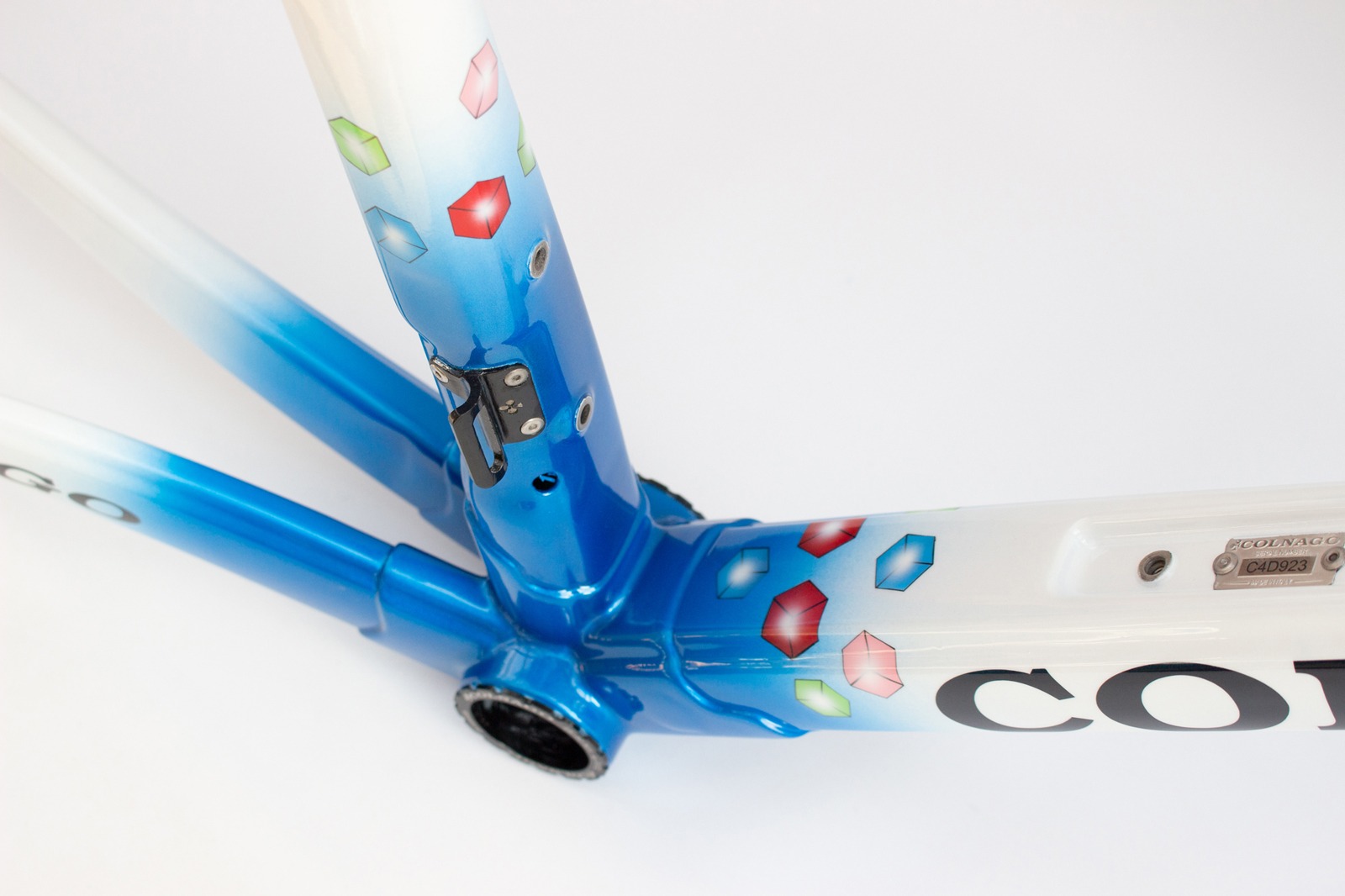 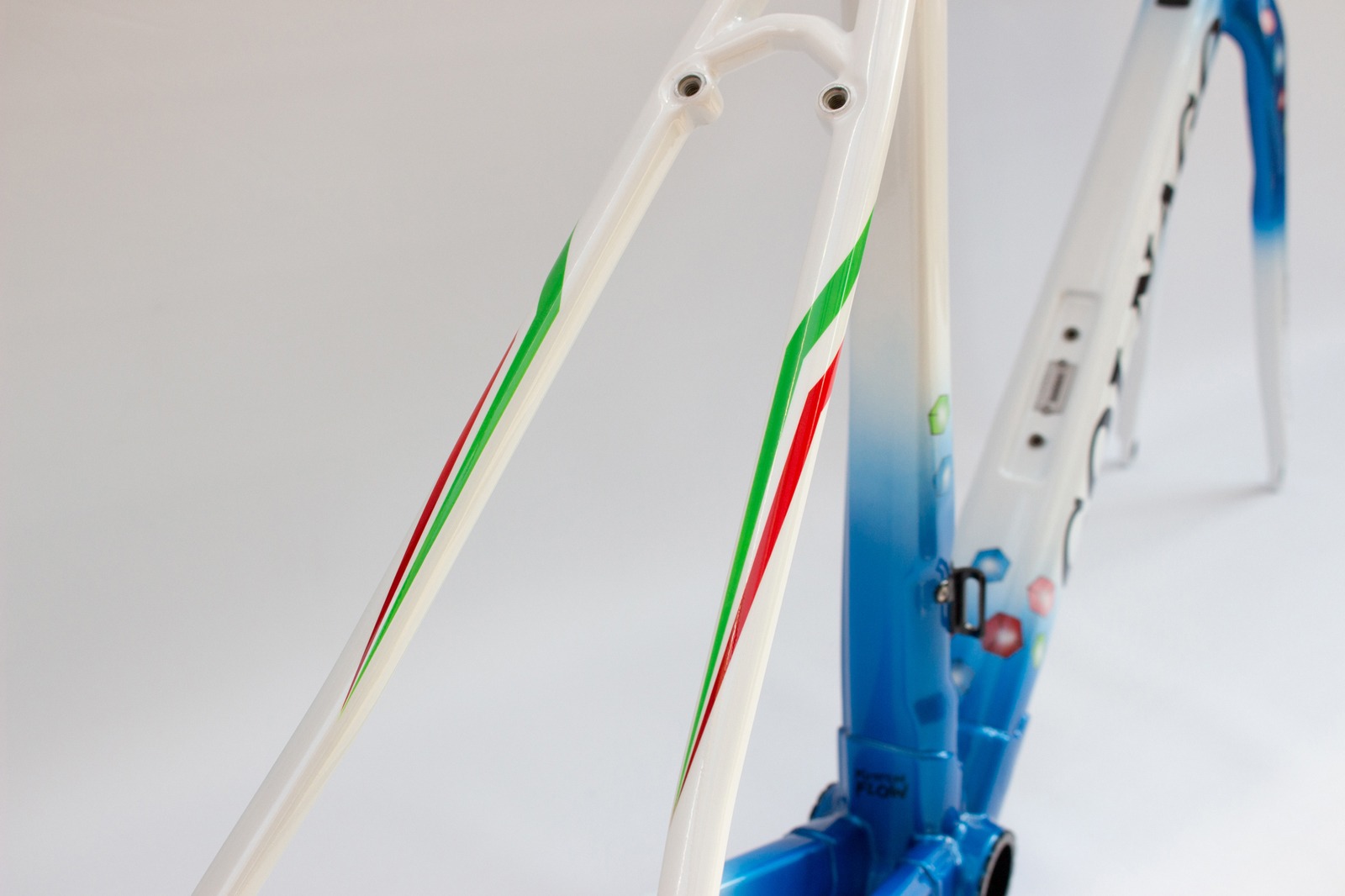 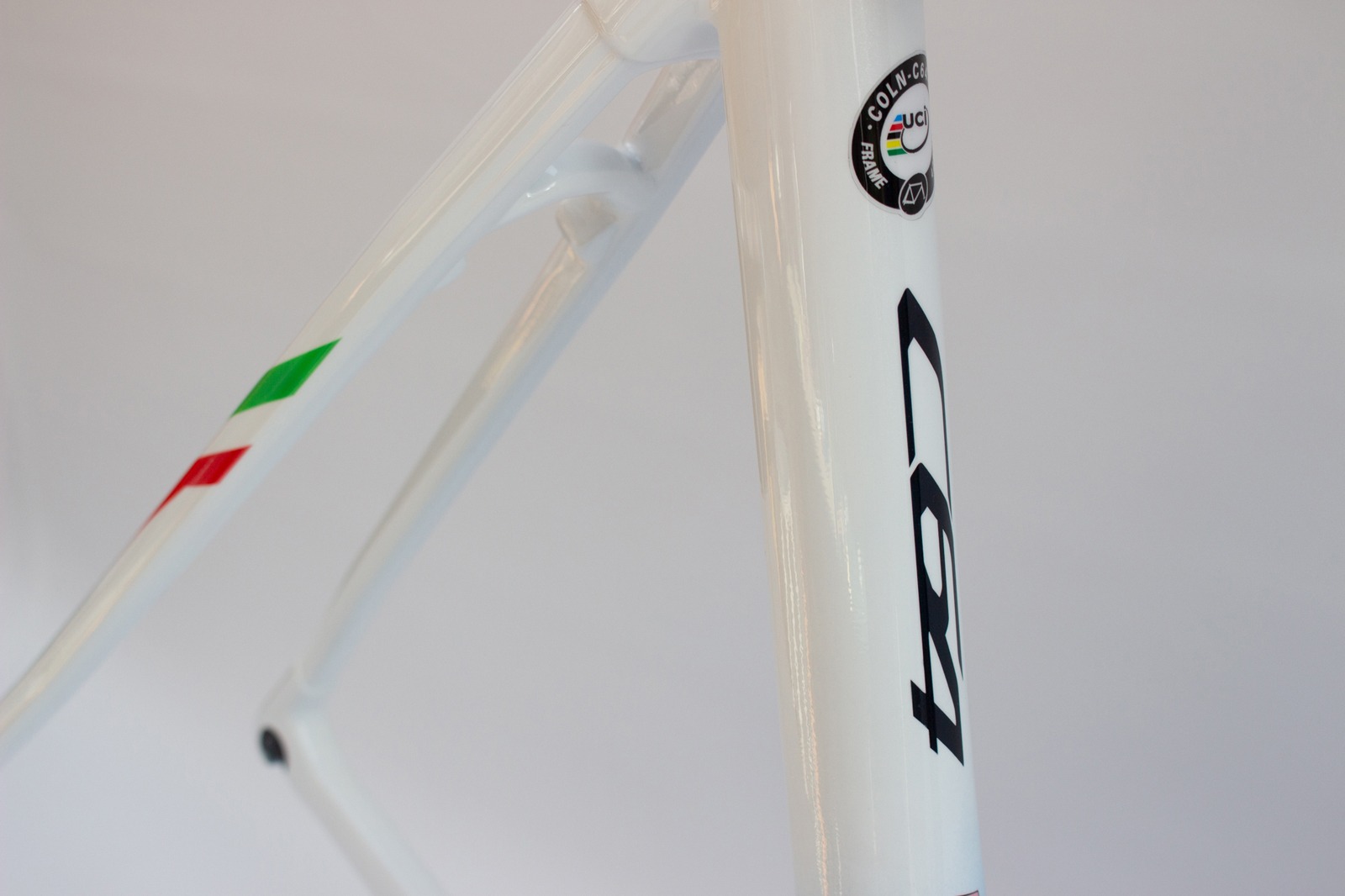 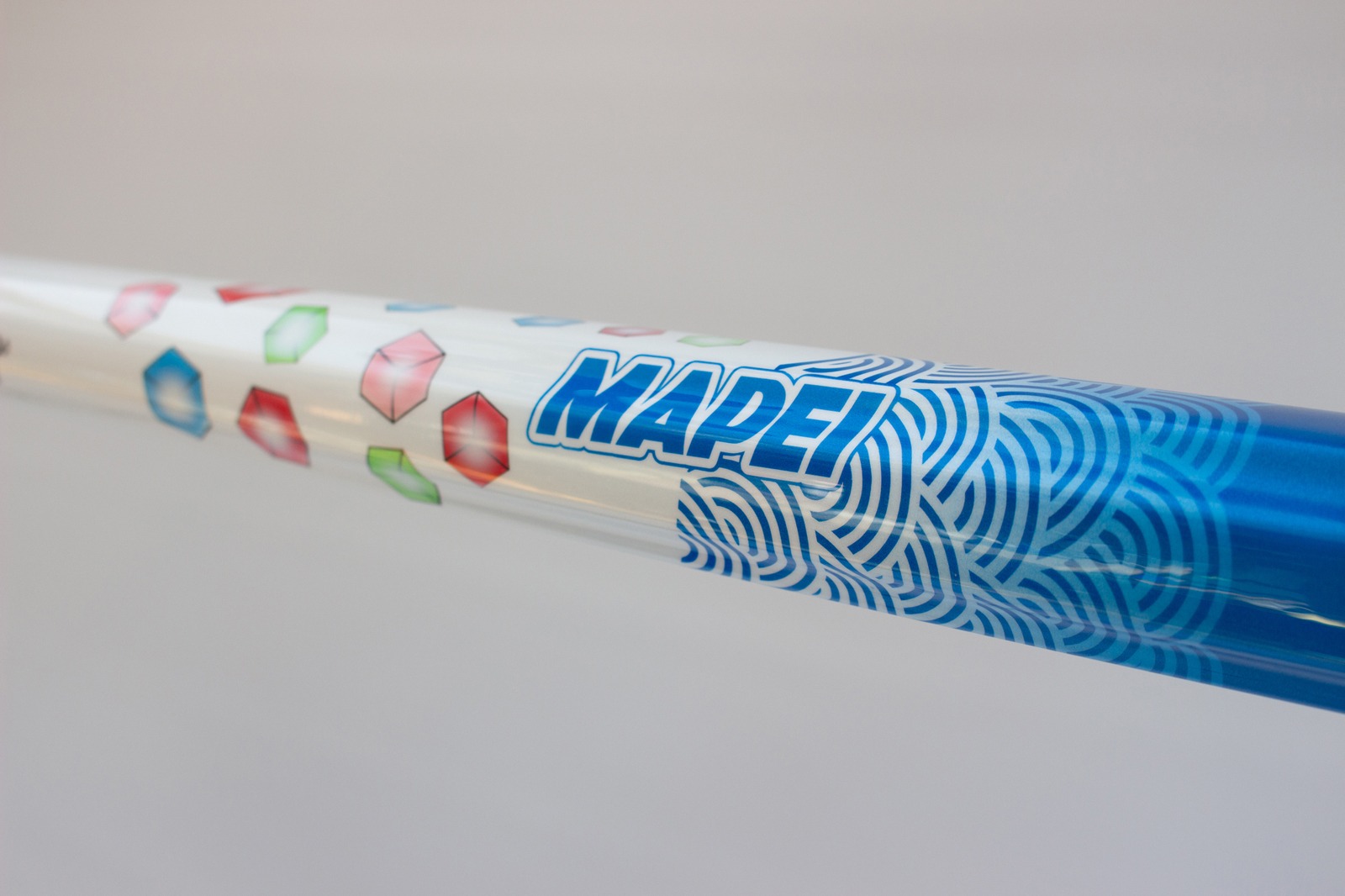 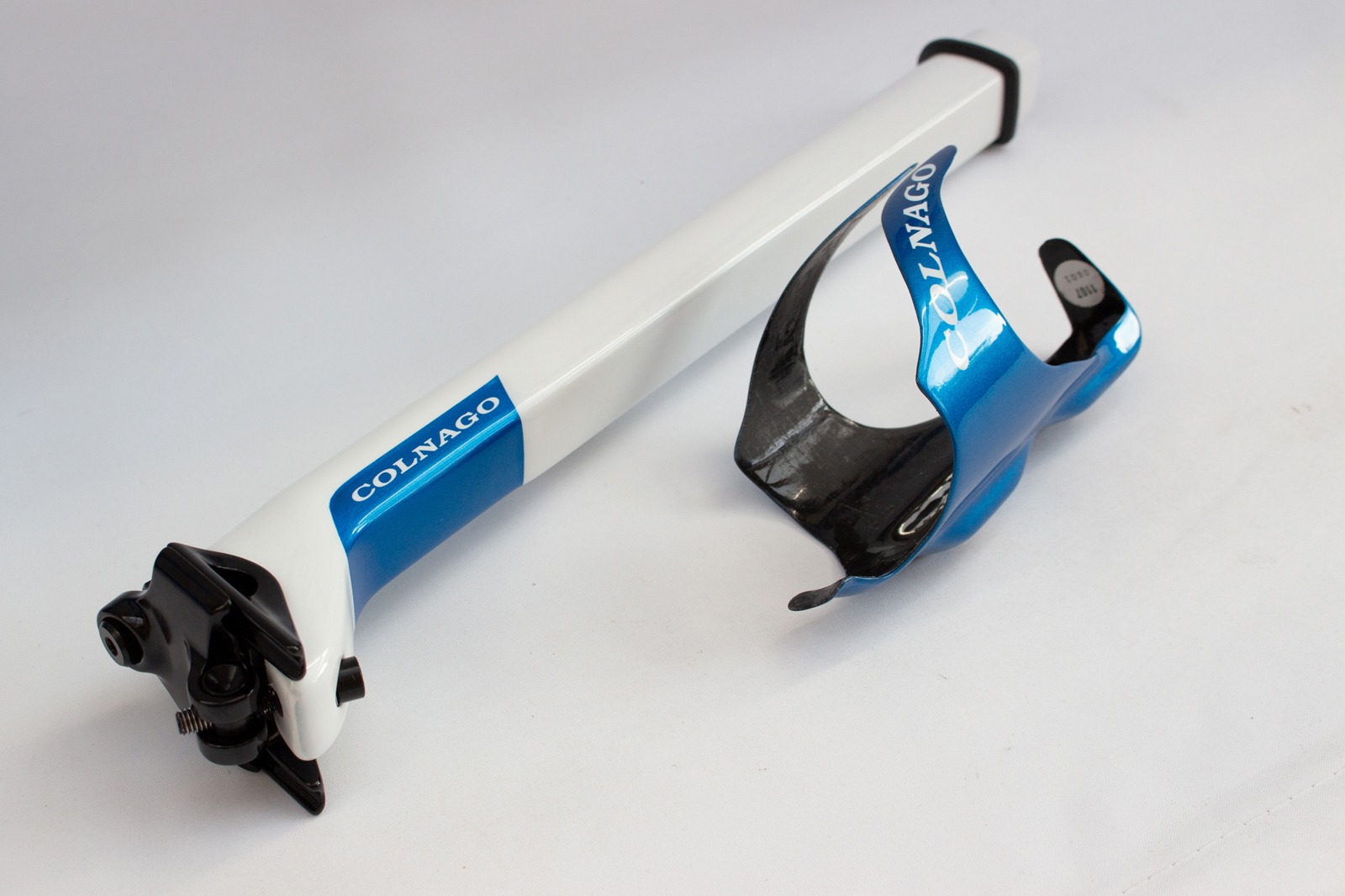 Ken had been holding out for Colnago to release the official C64 Mapei edition, a huge fan of their previous Mapei editions on the C59 and C60 he was a little disappointed to find the new C64 edition was a total change in the design, and featuring a lot of orange – a colour he wasn’t struck on.

He contacted me in the hope I could paint his dream Mapei scheme from elements taken from other models, omit certain colours and introduce new one’s he preferred, so this design features pink cubes instead of the more traditional orange ones!

The design was replicated as close as possible to the originals, using images of the older models to create vector stencils and templates for the Mapei logo and fan pattern, along with the cubes and their positions on the tubes.

A slightly different blue was introduced, using House of Kolor ‘stratto metallic blue’ for the fades over an ice white pearl base, which in the sun shimmers and catches the light perfectly.

Ken wanted a bit of discreet personalisation on his custom Mapei paint job, so his name was placed in the recesses on the inside forks, made up from a font closely resembling Colnagos font – a personal touch as he said he won’t be parting with it!

I believe this may be the only C64 painted in the more traditional Mapei design anywhere at the moment, it was a pleasure to paint and ticked one of my ‘bucket list’ paint schemes off.